In the early catalogs, starting with Catalog C, sets of Blue Point flat chisels, long tapered punches and special chisels are a huge part of Snap on’s offerings.  In catalog C about 20% of the entire catalog concerns these. The A and B Catalogs have no offerings. These must have been sourced through an OEM company after 1926, but I have no idea who this might be. Also, coming out with a line so extensive in one year, surely these we sold under a different name before they appeared in the Snap on catalog C.

From 1926 to 1929 the same basic 8 pages appeared and then in 1931 are cut back to 4 pages (depression years). In 1932 they disappeared until 1935 when they reappeared as a 4 page offering, in 1936 – 6 pages and in 1939 the catalog format changed. In the new format Punches, Chisels and Striking tools go about the same coverage area, but in 2 large pages rather than the 4 small pages. They are offered today 70 years later in much the same form.

I do not have a collection of these tools, but Mike Hurkes does and offered to share these for the site and our education. These are form a “Supreme” drift punch set and are not date stamped, but based on the dates of some of the other sockets that were in with this set, they are likely from, 1939 – 1942. 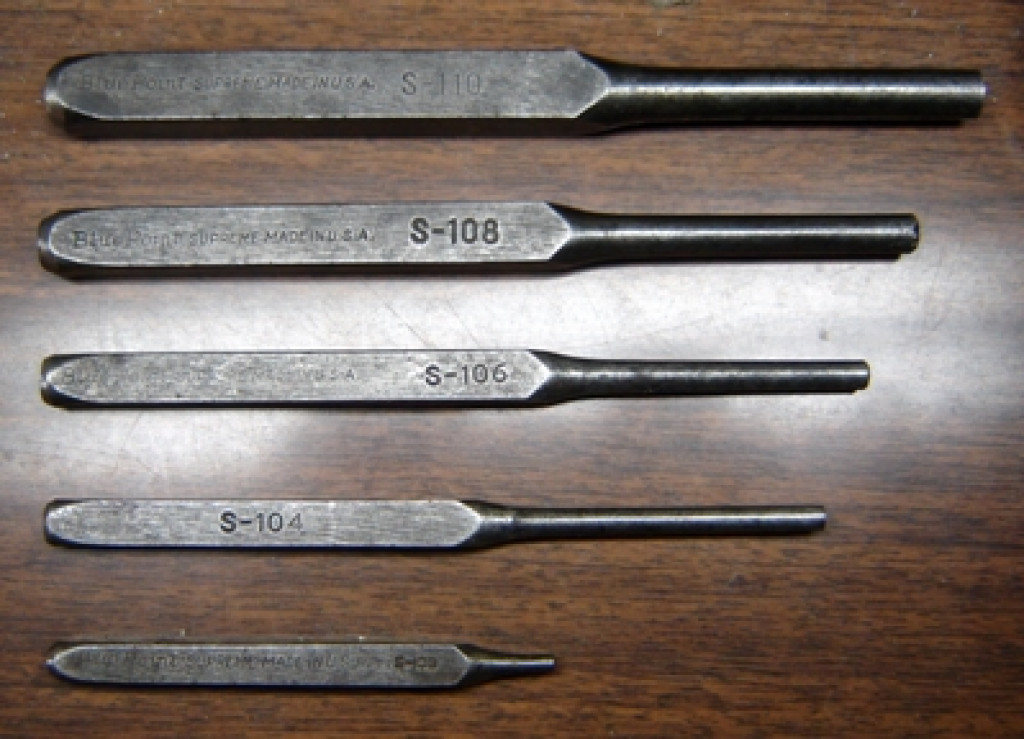